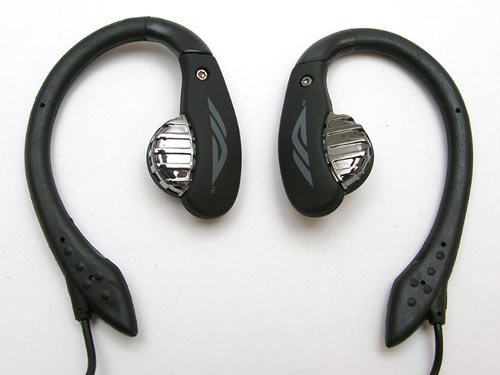 Runners who want to listen to music during road races have been disappointed by a ban on headphones by USA Track & Field.

Now, AirDrives of San Diego is offering an alternative device that’s winning approval from some race organizers who are more concerned with drawing casual competitors than they are with pleasing the national group that qualifies elite runners.

AirDrives’ headset has earbuds that sit outside the ear, so the wearer can hear the sound around them along with the music.

Blanche Blackington, president of the San Diego Hearing Center, said the headset has an additional benefit: Because the earbuds don’t sit in the ear canal, there’s less sound pressure on the eardrum.

Dave Rhody of San Francisco is one race organizer who officially recommended AirDrives to runners who signed up for this year’s Kaiser Permanente San Francisco Half Marathon and the Emerald Across the Bay 12K.

“We found that there were a significant number of runners who were really going to be upset if they were told they couldn’t listen to music while they run, and that they would boycott such an event,” Rhody said.

San Francisco native and marathon runner Kelly Hamor is among them.

“I don’t know what I would do if I didn’t have music,” she said. “I wouldn’t run marathons without it.”

Eric Ortiz, a serious runner who, with Rhody, organized the Kaiser Permanente San Francisco Half Marathon, chooses not to listen to music while he runs.

“It all started with one of my coaches in high school,” he said. “He discouraged it because he said you’re not really listening to your body. You could really hurt yourself.”

Ortiz said he understands the ban for professional runners, but “for novice runners just trying to have a good time and lose some weight, I think it’s perfectly fine to listen to music – whatever is going to help motivate them to run those miles.”

The ban, which applies only to USATF-sanctioned races, originally applied only to track events, but was expanded last year to include road races. Mark Winitz, an official with the group, proposed the amendment to expand the original ban.

“I drove past a runner who was running in the bike lane on the Foothill Expressway and wearing headphones,” Winitz said. “Traffic was going past at a high speeds, and it really unnerved me. I felt this runner was really taking their life in their hands.”

Article published in The San Fransisco Chronicle’s Business and Technology Section on June 2, 2008. Here’s the link to the original article.