School board also supports governor’s proposal to put a five-year revenue-extension measure on ballot, which would reduce cuts in 2011-12. 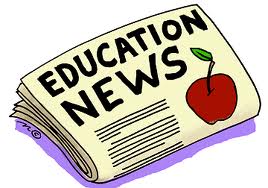 In the face of massive potential cuts to schools, three local teachers turned in their resignations to protect fellow teachers from approaching layoffs.

“Three teachers who intended to retire turned in their resignation letters early, on purpose, to benefit their colleagues, to mitigate the extent we have to lay off,” Superintendent Kathleen Howard said at the Soquel Union Elementary School District meeting Wednesday night. Howard explained that teachers retire from the state but must resign from their districts.

Names of the teachers were not released Wednesday for personnel reasons.

“It was very much appreciated, and it did make a difference,” Howard said. “If those three teachers had not submitted their retirement letters early, we would have been doing a layoff (of permanent and probationary teachers).”

In the last three years, state and local funding for schools has been cut by more than $18 billion, or about $1,900 per student.

“K-12 education funding has taken a disproportionate amount of budget cuts over the last few years, and Jerry Brown recognizes that, so that’s one good thing,” Howard said of the school board’s unanimous vote in support of the governor’s proposal to put a five-year revenue-extension measure on the June ballot.

Contingent upon voter approval, the extension would reduce further cuts from schools in 2011-12. Without it, school funding would drop more than $335 per student —at least $2 billion, according to a nonpartisan state legislative analyst.

The school board’s budget must take that potential cut into account.

“If that happened, there are about 10 wonderful teachers in this district we could not have back,” Howard said. “Those are the people who will get pink slips by March 15. It’s a terrible thing to contemplate. If there’s any ray of sunshine, it’s that I’m hoping we won’t have to do that for our permanent or probationary teachers.”

On a positive note on the agenda, the school district passed its annual audit.

“This is a very favorable audit report,” concluded John Goodell, whose firm conducted the 2009-10 annual audit. “It’s not just to the credit of the superintendent’s office—that means that staff out at sites are doing their jobs in a conscientious manner. You have a competent business office.”