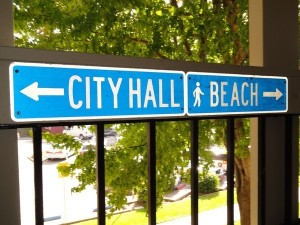 The Capitola City Council passed an ordinance Thursday to ban Pacific Gas and Electric Co.’s controversial SmartMeters in a 4-1 vote, citing concerns with unknown health risks and residents’ right to opt out.

Councilman Sam Storey recognized that the moratorium on the wireless electricity meters is mostly symbolic, as federal law requires their installation as part of updating the nation’s power grid.

About a dozen local residents addressed the council with concerns over increased costs, faulty meters and health risks.

“People are passionately upset about the potential harm to their health,” said local resident Kim Tunilla. “I think the advancement of technology is wonderful, but forcing people to be subject to electromagnetic waves in their homes where they can’t get away from it is wrong.”

A recent independent study by the California Council on Science and Technology found no evidence of health risks from SmartMeters but warned that more research is needed.

“I haven’t seen any compelling, scientific information to suggest that SmartMeters are the tipping point between healthy and unhealthy amounts of radiation,” said Kirby Nicol, who cast the lone dissenting vote on the council. “We don’t have any authority over this. SmartMeters are a key component of the national initiative to achieve energy efficiency.”

Mayor Dennis Norton said he wanted to “err on the side of caution,” and a cheer rang out as the ordinance was passed.

Such a moratorium has been adopted by Santa Cruz County, Marin County and the city of Watsonville.

In Capitola, PG&E continues to install SmartMeters on new accounts and meter replacements. Full conversion to the new meters is expected by 2012, as directed by the state.

Hunter Stern from International Brotherhood of Electrical Workers addressed the council in support of the continued installation of SmartMeters. Stern also expressed concern for the safety of workers installing the meters, some of whom have suffered threats and harassment.

“It’s been open season on our members,” said Stern.

Representatives from PG&E addressed the council and encouraged the public to attend monthly education seminars.

Given the lack of likely successful enforcement options, the city staff did not recommend extending the moratorium, which will be in effect through the end of 2011.

The city will can now appeal to the courts for an order directing PG&E to cease and desist SmartMeter installation.

In June and September 2010, the council had public hearings on the matter. Storey sent a letter in October to the California Public Utilities Commission, which regulates PG&E, to request a halt to the SmartMeters installation.

The council also voted unanimously to support state Assembly Bill 37, introduced by Assemblyman Jared Huffman (D-Marin), which would give customers
the ability to opt-out of having the meters installed. If AB 37 passes, the council’s moratorium will expire.

“I think the opt-out ordinance is best we can hope for, but maybe we have to take a stronger stance,” Norton said. “The majority of this county has taken the stance that PG&E should not install the SmartMeters until we know the health effects.”